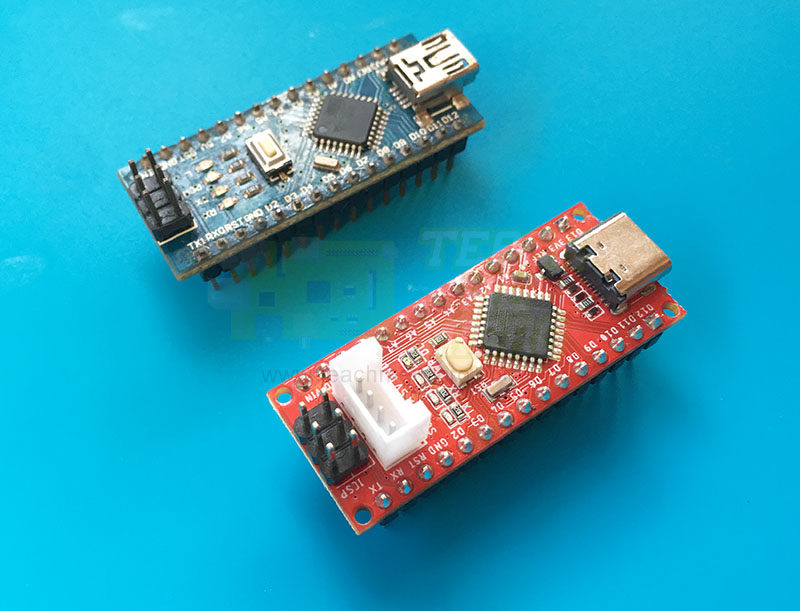 The Seeeduino Nano is Seeedstudio’s version of the new Arduino Nano. What can steer a maker towards this board instead of the original? We hope to answer that question in this featured article.

The guys at Seeedstudio were kind enough to send me a sample of their version of the Nano board. Honestly, I don't expect new things from this board since it features the same ATMega328p microcontroller found on the Arduino UNO.

It really looks like the Nano board designed by Gravitech. 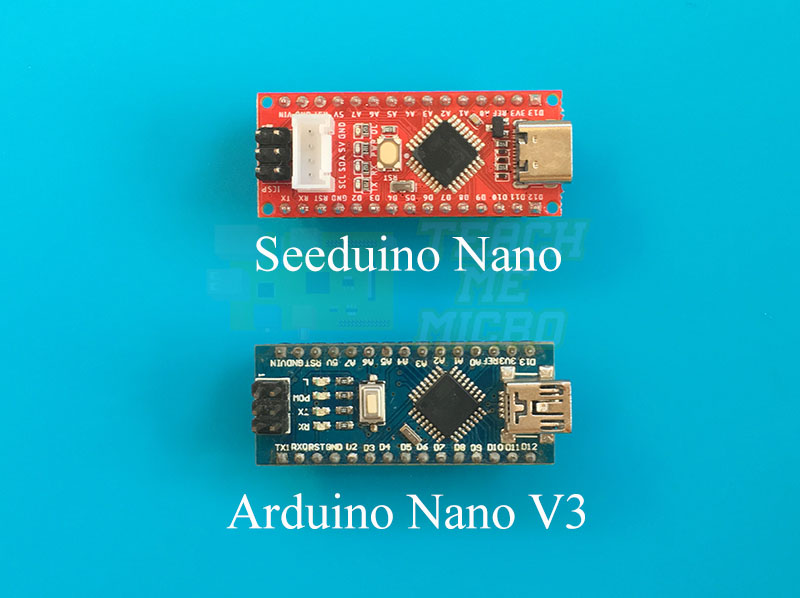 The main differences, at first glance, are the PCB color, USB connector and Grove header.

All Arduino boards have red PCBs so this one’s expected. The surprising thing, really, is the type C USB connector on the Seeeduino Nano. Both the old Gravitech Nano and the new Arduino Nano use the mini USB connector.

Probably the biggest advantage of the type C USB connector is that you can plug the cord without worrying about the orientation of the plug. Newer smartphones use this type of connector, which promises faster data transfer speeds. However, the speed is primarily due to its compatibility with the USB 3 standard and not because of it being type C. This means that unless your desktop or laptop computer has USB 3 ports, then using a type C cable wouldn’t speed up your sketch upload speed.

Personally, I am not a fan of the type C connector. At least, as of this writing, that is. The very first reason being I don’t have a type C cable and the Seeeduino Nano doesn’t include one when you buy it. So before you buy the Seeedstudio Nano on the Seeedstudio site, make sure to include a Type C to A USB cable.

The one thing that makes the Seeeduino Nano stand out is the grove connector. Seeedstudio is famous for having a massive collection of grove products that includes sensors, displays and communication modules. With the Seeeduino Nano, you can attach one of those grove modules.

Planning to use more grove modules? You can buy an expansion board that contains 8 grove headers.

Setting Up the Seeeduino Nano

There are a lot of microcontroller boards with promising features. But what turns me off to most of them is the nightmare of setting them up for usage. Thankfully, the Seeeduino Nano doesn’t have this problem.

Assuming you already have the Arduino IDE installed on your computer, plug in the Nano to the USB port. If the computer detects the board, then you’re good. If not, download the CP210X driver.

Then, open Boards Manager via Tools > Manage Libraries or CTRL+SHIFT+I.

On the search field, type Seeeduino AVR as shown: 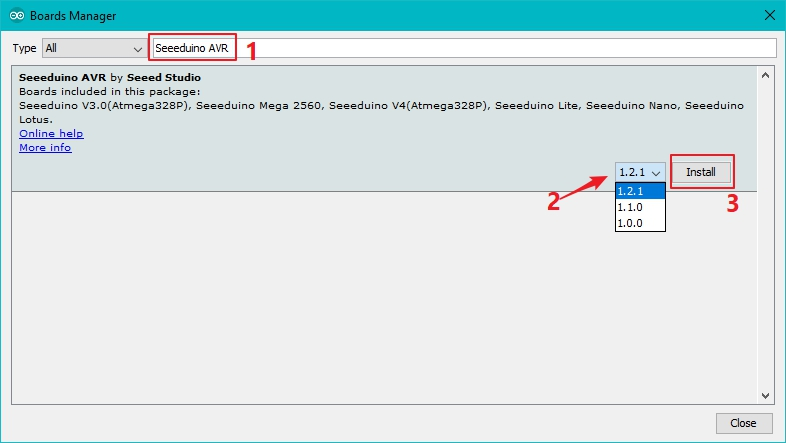 Once the board information is installed, all the Seeeduino boards are now visible in Tools > Board, including Seeedstudio Nano: 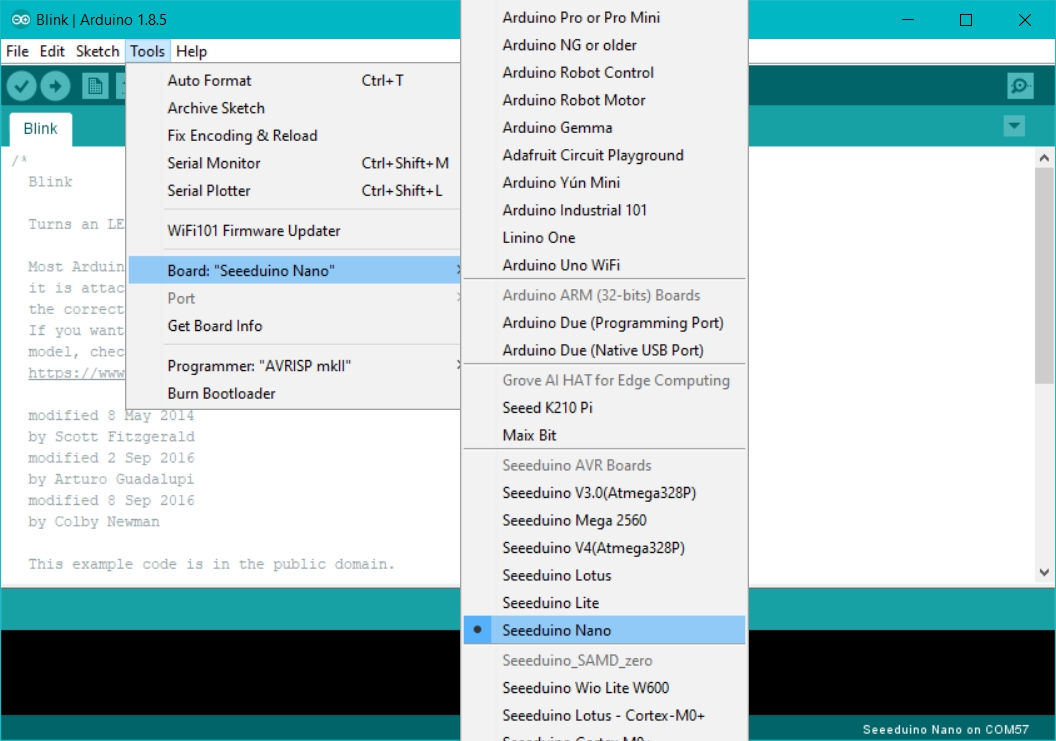 Since this board is essentially the same as the Arduino UNO, you have hundreds of example sketches to try. If this is your first time using any Arduino board, I suggest you read all the Arduino tutorials on this website.

About Seeed Studio
Seeed is the IoT hardware enabler providing services over 10 years that empower makers to realize their projects and products. Seeed offers a wide array of hardware platforms and sensor modules ready to be integrated with existing IoT platforms and one-stop PCB manufacture and turnkey PCB assembly. Seeed Studio provides a wide selection of electronic parts including Arduino, Raspberry Pi and many different development board platforms. Especially the Grove System help engineers and makers to avoid jumper wires problems. Seeed Studio has developed more than 280 Grove modules covering a wide range of applications that can fulfill a variety of needs.
Share
Previous Solid State Relay Tutorial | WiFi Switch
Next Top 5 Key Factors Affecting The Cost Of  PCB 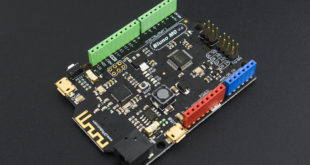