How to Achieve Virtual-to-Virtual Migration

If you are looking for a way to migrate a virtual machine to another virtual platform without reinstalling complex applications, you can find the V2V migration solution in this article.

What Is V2V Migration?

How Does V2V Work? V2V allows you to back up VM data for data recovery and disaster recovery in addition to moving between virtual machines and/or virtualization environments. Starting with version 2.0, Microsoft Hyper-V supports live migration technology. A running virtual machine can be moved from one physical Hyper-V host to another using live migration without service interruption or downtime, and the memory in the migrated virtual machine is pre-copied to the target host. When a live migration begins, an administrator or script controls and selects the target computer. Users will not notice that the system is being migrated while using it.

Xenmotion is a XenServer feature that allows you to move running virtual machines from one XenServer host to another without downtime. This means that the moved virtual machine can be accessed at any time during the migration process. The main goal of Xenmotion is to make sure that the end user is not aware of an extremely short interruption of the application during scheduled maintenance of the server, thereby making the entire maintenance process normal and smooth.

vMotion is implemented using VMware online migration. The real-time solution from Vmotion differs by its own clustered VMFS file system. In addition, it supports NFS. Vmotion encapsulates the entire virtual machine, including its state, into multiple files and stores them on a shared storage such as SAN/NAS. The memory and operating state are copied from the source to the target over a high-speed network during the migration process.

StarWind V2V Converter is a free tool to clone and convert VM from this format to other formats, as well as convert the physical machines into virtual ones hosted on any industry-standard server without compromising data integrity. It is used when a hardware or hypervisor switch is necessary. Compared to the typical switch integrated into the virtualization, StarWind V2V Converter provides two-way conversion between all formats VM main: VMDK, VHD/VHDX, QCOW2, and StarWind-native IMG.

You do not need to create copies of files, VM source, and destination on your local computer for the conversion process to become simpler. The VM will automatically adapt to the new hardware environment, avoiding compatibility issues.

This add-on is compatible with other virtualizations such as Hyper-V, VMware, ESXi host, Citrix, XenServer, and KVM.

An offline migration, also known as a regular migration or a static migration, necessitates pausing the virtual machine prior to the migration. In a shared storage environment, just the system state is transferred to the target host, which is then utilized for VM and task recovery. In a local storage situation, both the VM image and its state are transferred to the destination host.

There is a definite period of time when the service is inaccessible from the user’s perspective. This technique of migration is straightforward and easy to apply, and it is appropriate for situations when service availability is not necessarily necessary. How To Transfer a VM To Another Platform

Performing a V2V migration facilitates moving a VM to another virtual platform in a short time without installing and configuring any applications. This saves time, reduces workload, and minimizes hardware and storage costs.

Let’s consider the process using StarWind V2V Converter as an example. Thanks to this product, you can convert a virtual machine image that you have running on one of the virtualization platforms into the desired target format for a VM that runs on virtual disks of the corresponding format.

1. Convert the Hyper-V machine or its disk image to VMware ESXi format 2. Convert the VMware ESXi machine or its disk image to Hyper-V format You can convert any virtual disk files to any of the following formats for premium infrastructure or public cloud:

! Before converting, you need to make a backup of the virtual machine, which allows you to avoid data loss and protect your business from security threats.

It is worth noting that StarWind V2V Converter and other components of the solution (P2V Migrator, Cloud Migrator, etc.) are regularly updated, and the bugs found are fixed, which can be tracked in the Release Notes.

And most importantly: StarWind V2V Converter is available absolutely free of charge for everyone.

Creating a virtual machine from scratch can be time consuming as it requires OS installation, hardware setup, installation of third party applications, and other tasks. V2V can speed up the process of creating and configuring virtual machines.

Share
Previous Artificial Intelligence: technologies for your learning
Next The Best Edubirdie Review 2022 by Experts 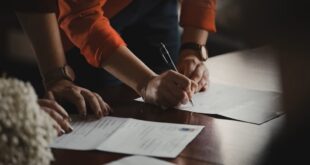 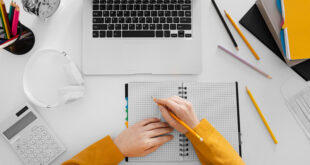 How to Start Studying Electronics

The Best Way to Launch a Student Blog