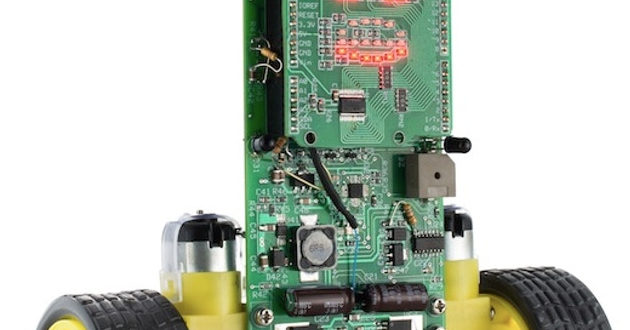 In control systems, a controller corrects the output of a particular system to a desired input in the presence of errors and disturbances. The most popular type of controller is PID which is an acronym for Proportional, Integral and Derivative. In this Arduino PID control tutorial, I will show you how you can employ such a controller in your project.

As mentioned, PID is short for proportional, integral and derivative. The name comes from the methods on how such controller deals with disturbances in the system. However, such a controller is only in feedback systems. I suggest reading a material specifically written for such topic, but I’ll do my best to explain it here as simple as I can.

A feedback system is a system wherein part of the output is “fed back” to the input. For example, you could have a project that controls the fire in the furnace. Below is a simple illustration: 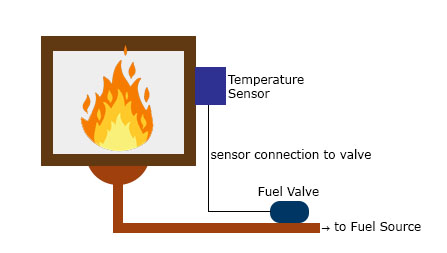 Proportional control refers to an adjustment that is proportional to how much the error is. Let’s say the controller in our example is an electronic valve for controlling the fuel to the furnace. If the error is small, the valve will release a small amount of fuel so that the set point and the feedback matches. If the error is large, the valve must release more fuel.

Proportional control produces offset in its correction due to disturbances. The Integral controller has the ability to remove this offset and bring back the error to zero. Such controller produces an adjustment that is based on the accumulated error over time. Without integral control, the system can’t deal with trends on errors.

Let’s say the temperature in the furnace goes from 130 °C to 140 °C against a 120 °C set point in 2 seconds. The proportional and integral controllers will respond to the magnitude of the error, but it will have a hard time catching up to how fast the error occurred.. The derivative controller can deal with such because it has been looking at the rate of change of the error from the beginning.

A feedback system with a PID controller:

Note that a PID controller is not usable out of the box. Tuning must be done to ensure that the desired performance is achieved. This is done by carefully changing K constants as shown on the diagram above. These constants must be determined beforehand and changed according to the actual response of the system until the optimum values are achieved.

To implement a PID controller in a code or an Arduino sketch, five parameters must be known: proportional, integral and derivative constants, input value and set point value.

PID computation must be inside a looping function. The first part of the function should be determining the time elapsed. In Arduino, the current time can be determined by millis() and the elapsed time is just:

Next, the error must be determined:

Recall that the integral of the error is the cumulative error over time. To calculate an integral using Arduino, we simply do:

Finally, the computed output is:

Here, the Kp, Ki and Kd are the predetermined constants.

Finally, the variables must be noted for the next iteration:

Let’s try a more concrete example. Imagine a wheel attached to a motor. We want the wheel to remain in the position shown: 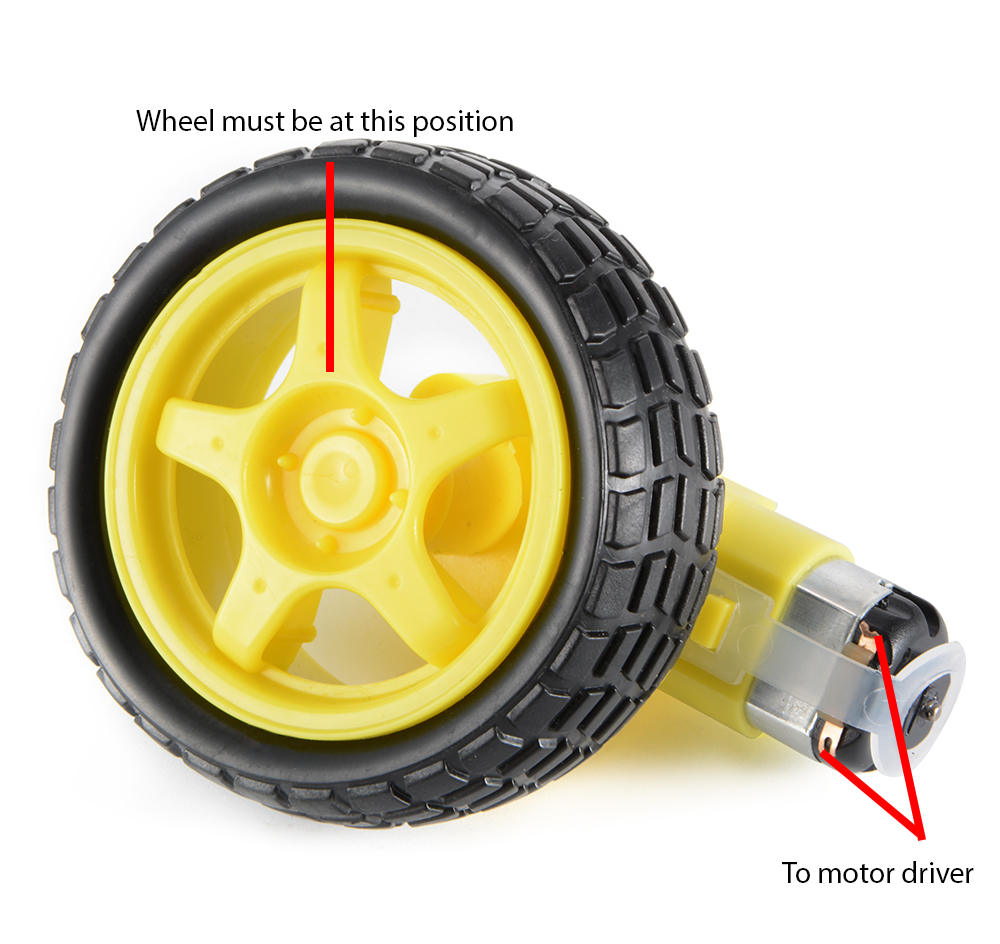 What we want is for the motor to turn whenever the wheel is out of position. Furthermore, the motor is controlled through pulse width modulation. The wider the pulse, the farther the motor rotates.

Next, let us implement this simple control system using an Arduino. Here is the sketch:

In the loop function, the rotary encoder determines the current position of the wheel and its output value becomes a parameter for the computePID() function. This function returns a value for controlling the motor using PWM.

We can further simplify the use of PID in Arduino projects with the help of Brett Beauregard’s PID library . The library only requires you to specify kd, ki, kp and setpoint values and you’re good to go!

Here is the PID_Basic.ino sketch that comes with the library. This sketch basically provides the same output as the sketch I provided above but better:

Here, you can create a PID class and have the input, output, setpoint and k constants as parameters. To compute PID, simple call the Compute() function. It also contains a SetMode() function which turns on (AUTOMATIC) or turns off (MANUAL) the PID. The complete list of functions used by the library is found here.

I say that the sketch above is better than the one I provided is because it deals with PID limitations which is beyond the scope of this article.

Hopefully, you learned about how to implement PID control in this article. I have used PID in a number of projects, including a self-balancing robot. If you have any questions about implementing Arduino PID, kindly drop a comment below! 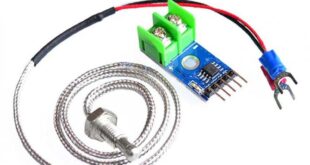 Using a Thermocouple with Arduino

This site has built up a number of tutorials on how to measure almost anything. …