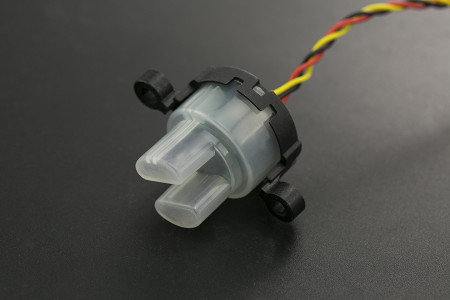 Turbidity refers to the haziness of a fluid caused by the increased number of very tiny particles which, individually, is invisible to us. Moreover, turbidity measurement is important in testing the quality of water. This Arduino turbidity sensor tutorial provides a guide on how to implement this setup using a specialized turbidity sensor module.

The concept of DFRobot’s Turbidity Sensor is based on Tyndall effect. This effect describes the scattering of light projected into a liquid with suspended particles. Basically, the greater the number of particles, the more the light will be scattered.

This sensor module consists of an amplifier board and a sensor: 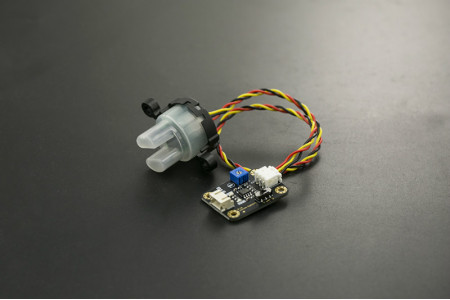 The module is to be connected to Arduino using three pins only: VCC, GND and SIGNAL. Here is an example Fritzing diagram where the turbidity sensor is connected to an Arduino UNO:

Important note: there is a correct way to connect the wire from the amplifier board to the turbidity sensor: 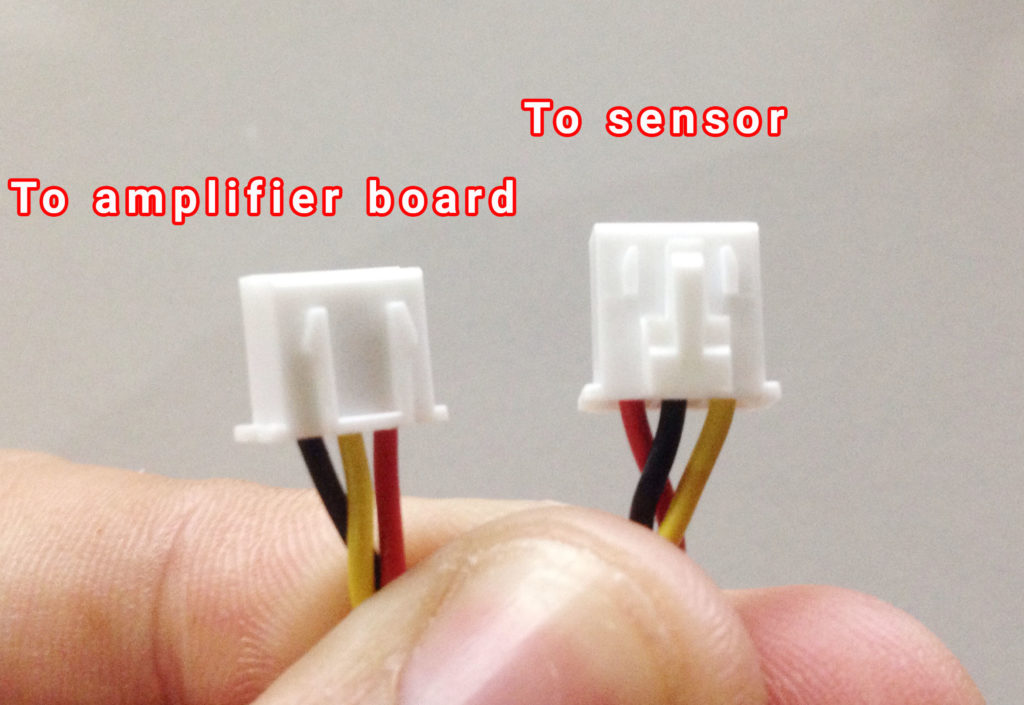 You need to connect the wire the right way or the sensor won’t work! I’ve spent hours wondering why nothing is working until I learned about this.

When your objective is just to detect when the water is turbid enough, then use digital mode. If you want to measure the turbidity levels, then you need to use analog mode.

Using the Turbidity Sensor with Arduino

The same official wiki gave this graph with an equation that relates the voltage from the sensor to turbidity: However, this equation (presumably acquired through curve fitting) is only applicable when the sensor gives out around approximately 4.2 volts at no turbidity. Mine didn’t give out 4.2 V so I had to pry open the sensor and found this: 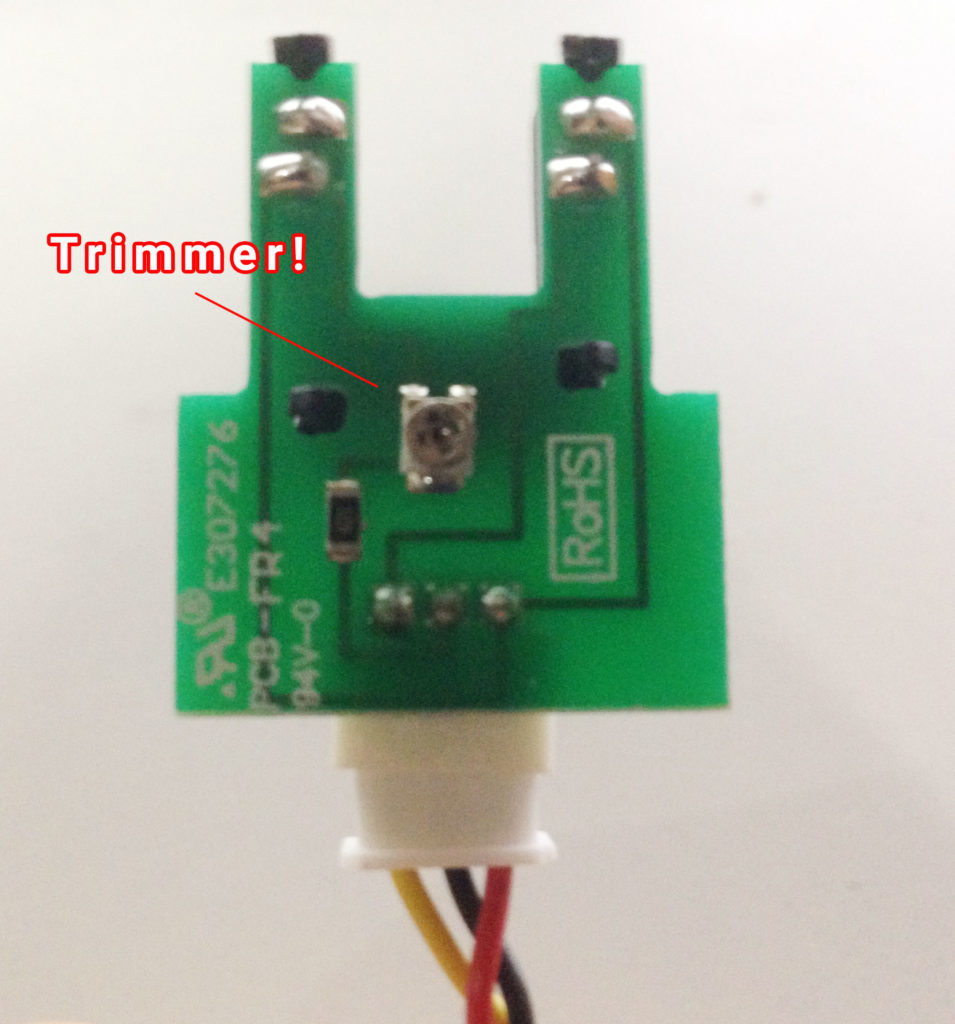 I carefully tuned the trimmer until I could get a 4.2 V output when the sensor is not submerged or is in clear water.

Now, I only needed to use the equation to provide the turbidity in NTU. Here’s the sketch:

BTW, I am using an I2C LCD for this example.

The voltage from the sensor is quite noisy so I decided to take 800 samples and then average those samples:

After this, I converted the voltage to NTU. But note that the equation on the graph is only true within the range of 2.5 V to 4.2 V. So I needed to set a limit. Hence:

If the voltage reading is below 2.5 V, the NTU is set to 3000 which would be the maximum NTU value of the project.

Note: the output of the sensor at clear water might sometimes diverge from the 4.2 V set value. If this happens, the on-board potentiometer (the one on the amplifier board) helps adjust it back to 4.2 V.

I hope you learned something from this tutorial. Build an Arduino Turbidity Sensor project!