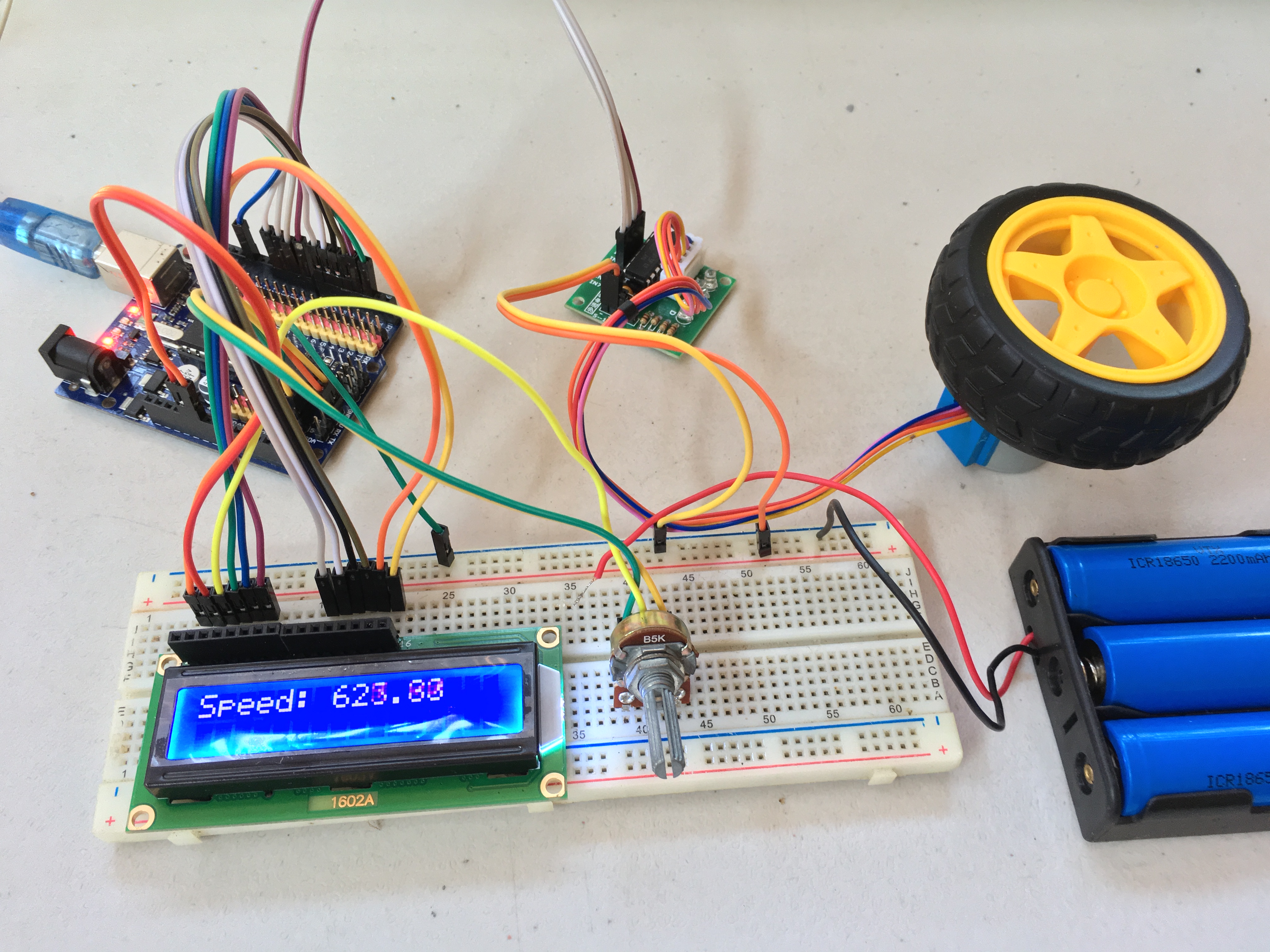 The 28BYJ-48 stepper motor is a cheap and robust stepper motor, suitable for use on robotics and other slow-speed applications. In this tutorial, I will guide you on how to use this stepper motor with Arduino.

How Do Stepper Motors Work?

Before I continue, I find it necessary to review the basics of stepper motors.

The 28BYJ-48 motor is a permanent magnet (PM) type stepper and thus share similar characteristics with other PM steppers.

A PM stepper motor has a rotating part (rotor) made out of permanent magnet and a stationary part (stator) of electromagnets. A single motor rotation is divided into steps, hence the name. The number of steps per revolution depends on the number of teeth of the rotor. 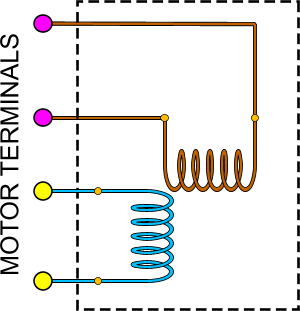 Note that while only two coils (electromagnets) are shown, there could be four coils with the vertical (up and down) and horizontal (left and right) coils each connected in series. 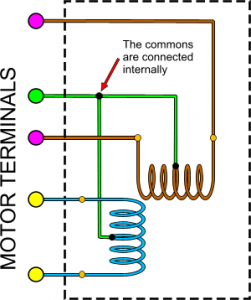 Since the two electromagnets have a common wire, only one power source is necessary for a unipolar stepper motor. The common wire is usually connected to ground.

The 28BYJ-48 is a unipolar stepper motor, with five pins as shown: 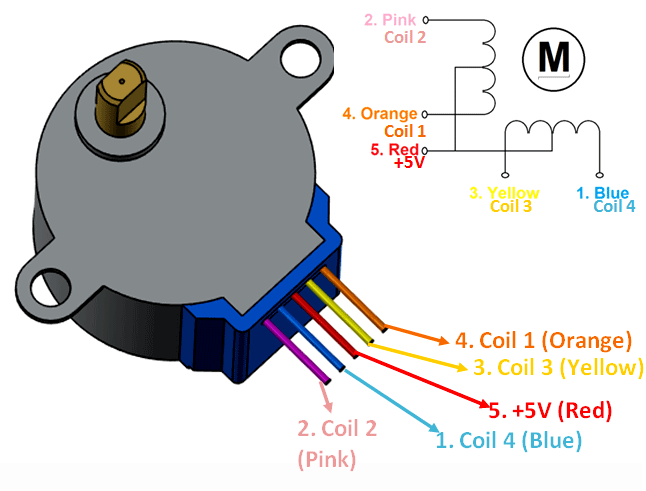 For a unipolar motor, the number of coils is equal to its phase. The 28BYJ-48 has four coils hence, it is a four-phase stepper motor.

More information about this motor is found on its datasheet:

Rotating a stepper motor is often called driving and can be a wave drive, full-step drive, half-step drive or microstep. The last one is complicated and less common so it will not be discussed here.

In a wave drive, one electromagnet or coil is excited at a time:

In a full-step drive, two coils are excited at a time:

Since the full-step drive energizes two coils at a time, it requires more current than a wave step. In exchange of the higher current is higher torque.

A half-step combines a wave and a full-step:

Note that the animations shown are somewhat simplified. While the 28BYJ-48 is a four-phase stepper, it doesn’t take 8 steps in one revolution for half-step driving. It actually takes 64 steps, according to its datasheet. This is because the rotor of this stepper is not just one magnet.

Using a Driver Board for the 28BYJ-48

It also has pins for power and switching. This allows you to use a separate power supply with a rating of 5 V to 12 V for the motor.

Upon testing, we found out that the 28BYJ-48 still works at 12 V although the stepper motor is labeled 5 V. It seems higher rotation speeds need higher voltages.

The Arduino platform contains a built-in stepper library which actually works for the 28BYJ-48. Here is a simple sketch that rotates the stepper in one direction then to the other direction:

To use the sketch, connect the stepper motor to the ULN2003 board, then follow this connection to Arduino.

I suggest you use a separate power supply for the motor since it may draw current beyond the power pins of the Arduino can provide. (I actually did use the Arduino power pins to power the stepper and got one damaged Arduino as a result).

The disadvantage of using the built-in stepper library is that there’s no option to change the stepping mode as it defaults to wave drive only. Also, the built-in library is limited to one stepper motor.

A better library for controlling stepper motors is the AccelStepper library by AirSpayce.

Besides support for half-step driving and multiple motors, the library also offers acceleration and decceleration functions, among other things.

The following sketch rotates the 28BYJ-48 in one direction with a predetermined number of steps:

The stepper class is initialized in this line:

Arduino
Here, the parameters are the interface (HALF4WIRE) followed by the pin names. The interface parameter accepts the following:

Since the 28BYJ-48 is a four-phase stepper and we want to use half-stepping for precise movements, we used HALF4WIRE as parameter.

As mentioned, one of the strengths of this library is the ability to set the motor acceleration:

Arduino
This gives the motor an acceleration of 100 steps per second.

We can also set the maximum speed of the motor:

And the actual speed:

Will make the stepper motor turn until it reaches 2000 steps. However, the motor will not move unless this line is placed in the main loop:

The library is very extensive and contains a number of functions to use. As we can’t cover everything in this tutorial, I suggest you check the library’s reference page.

I created another sketch where I display the speed and the steps of the stepper motor in a 16×2 LCD:

The following video shows the result of the above sketch:

Unfortunately, this stepper motor will not produce speeds higher than 15 RPM. NEMA17 stepper motors will produce higher RPMs and those will be the subject of my next tutorial.