An Arduino magnetic sensor has several uses: for reading the speed of a rotating object, for door alarms and for navigation. In this tutorial, we will build a simple magnet detector using a hall effect sensor.

What is Hall Effect?

Hall effect describes a phenomenon where a voltage builds across a current-carrying conductor due to a presence of a magnetic field. 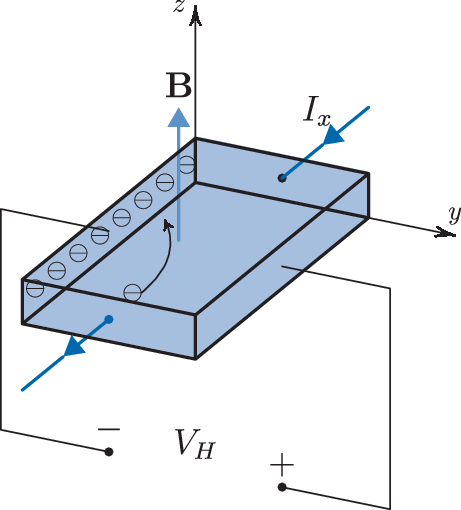 In the illustration shown, an upwards magnetic field is applied to a conductor with flowing electrons (for simplicity, other types of charges may exist). This field introduces a force to the electrons that tends to pull them to the left. This makes the left part of the conductor more negative compared to the right, thus voltage is produced.

There are manufactured integrated circuits that follow the hall effect principle. These sensors, which looks like transistors, produce an output voltage when a magnet is near them. 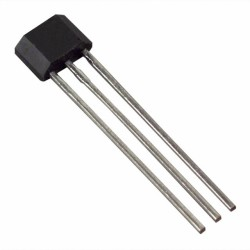 Its three pins are VCC, OUT and GND. The nature of what comes out from the OUT pin depends on the type of hall effect sensor: analog or digital.

Modules make interfacing sensors to microcontrollers easier. For this tutorial, I am using this hall effect sensor module: 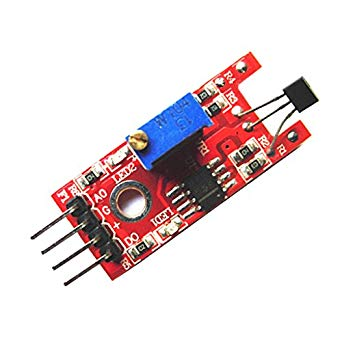 This sensor features the SS49E linear hall effect sensor with a LM393 op-amp IC used as a comparator for digital output. The module also includes a potentiometer for tuning the sensitivity of the digital output.

As seen, there are four output pins where G is ground, + is for a 5V supply, D0 is digital output and A0 is analog output. A red LED turns on when the module is powered. A green LED lights up when the D0 pin goes high. Moreover, the A0 pin connects directly to the OUT pin of the SS49E sensor.

Since the SS49E is a linear type, we can detect not only the presence of the magnet but also its strength. Its datasheet shows this: 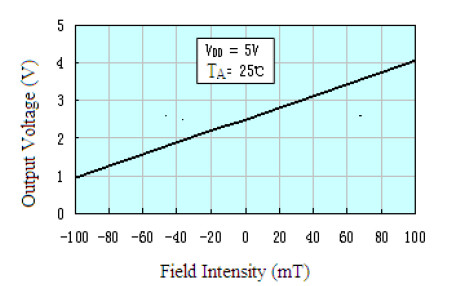 The graph shows that the sensor produces a voltage of 1 to 4 V corresponding to a magnetic field intensity of -100 to 100 milliTesla.

As mentioned, the hall effect module provides both analog and digital outputs. If a magnet is detected, the digital output pin goes high and the green LED on the board lights up. 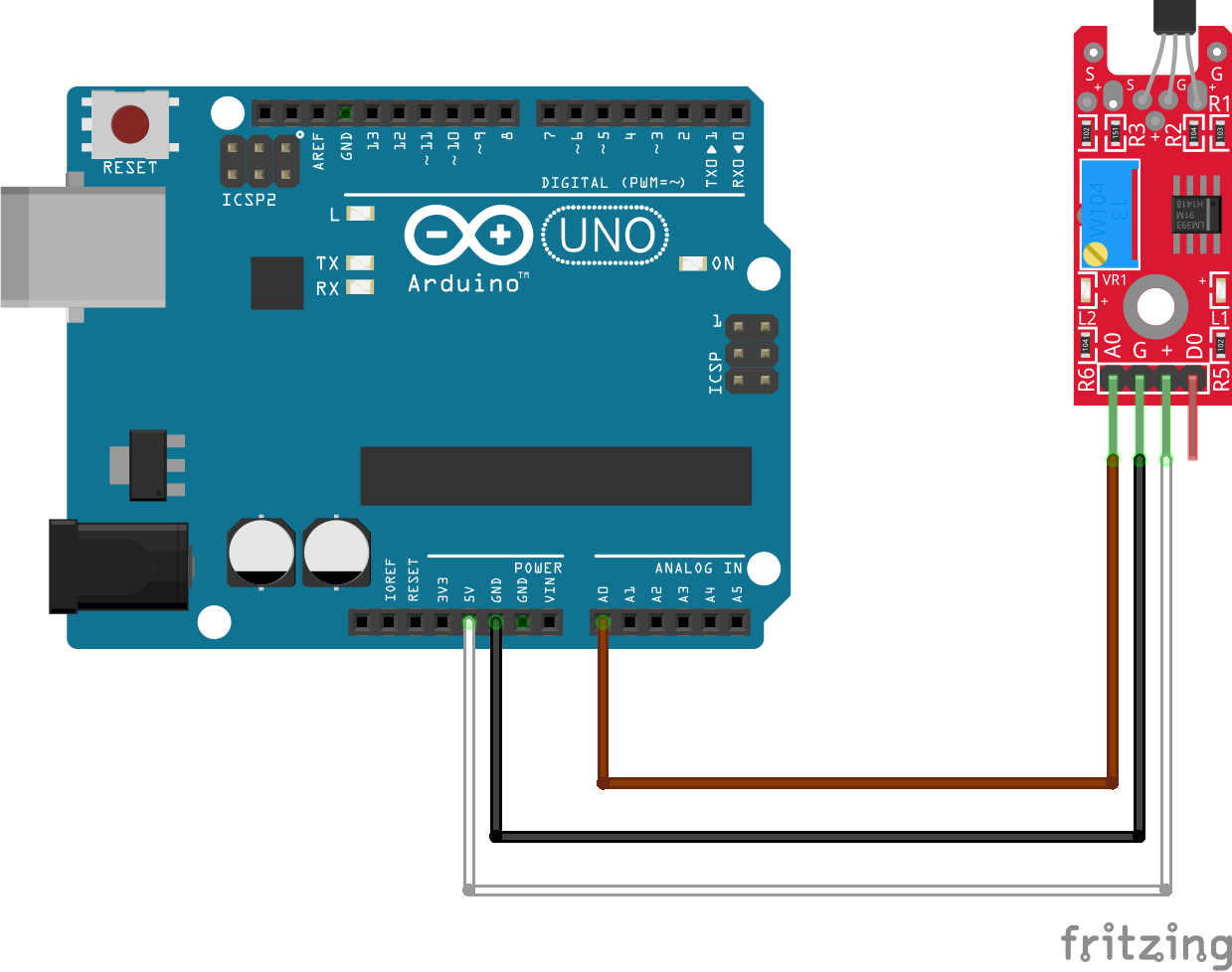 Then I uploaded the built-in AnalogReadSerial sketch to the Arduino:

Here’s what the serial monitor shows when there is no magnet present: 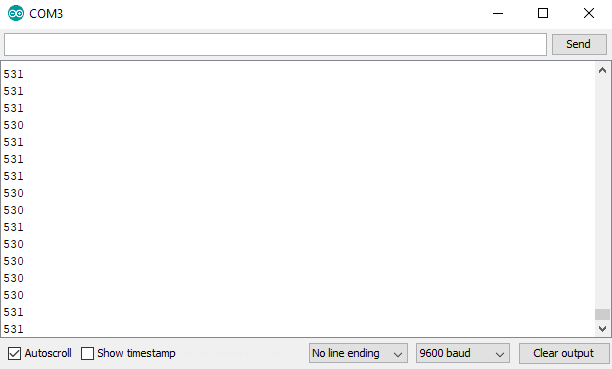 This value corresponds to a voltage of around 2.6 volts. Now if we look at the graph again: 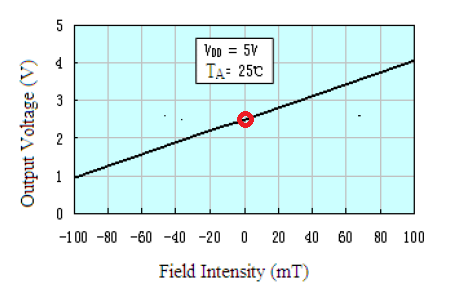 A voltage of 2.5-2.6 means around zero Teslas! With this, I created this formula:

What’s interesting, however, is the value on the serial monitor decreases when a magnet is introduced and the green LED turns on: 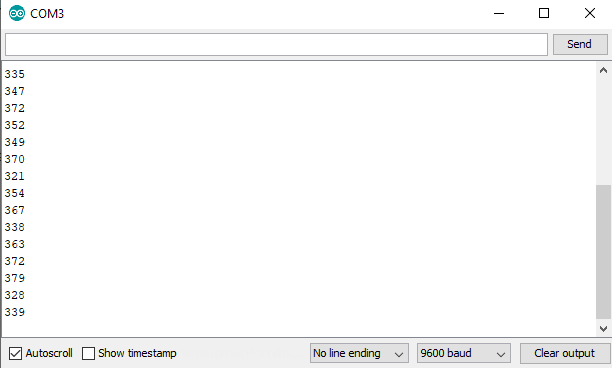 Then, I decided to use the other pole of the magnet and the value goes up: 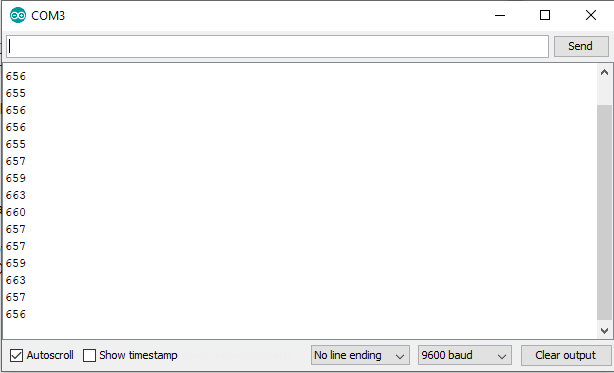 Interestingly, the LED did not turn on this time. This means the LED turns on only when a magnet in one polarity is detected. Similarly, the module gives increasing or decreasing voltage depending on the polarity of the magnet.

Now that I know that the hall effect module works, it’s time to build my actual project. I added an LCD and a speaker to the previous Fritzing diagram: 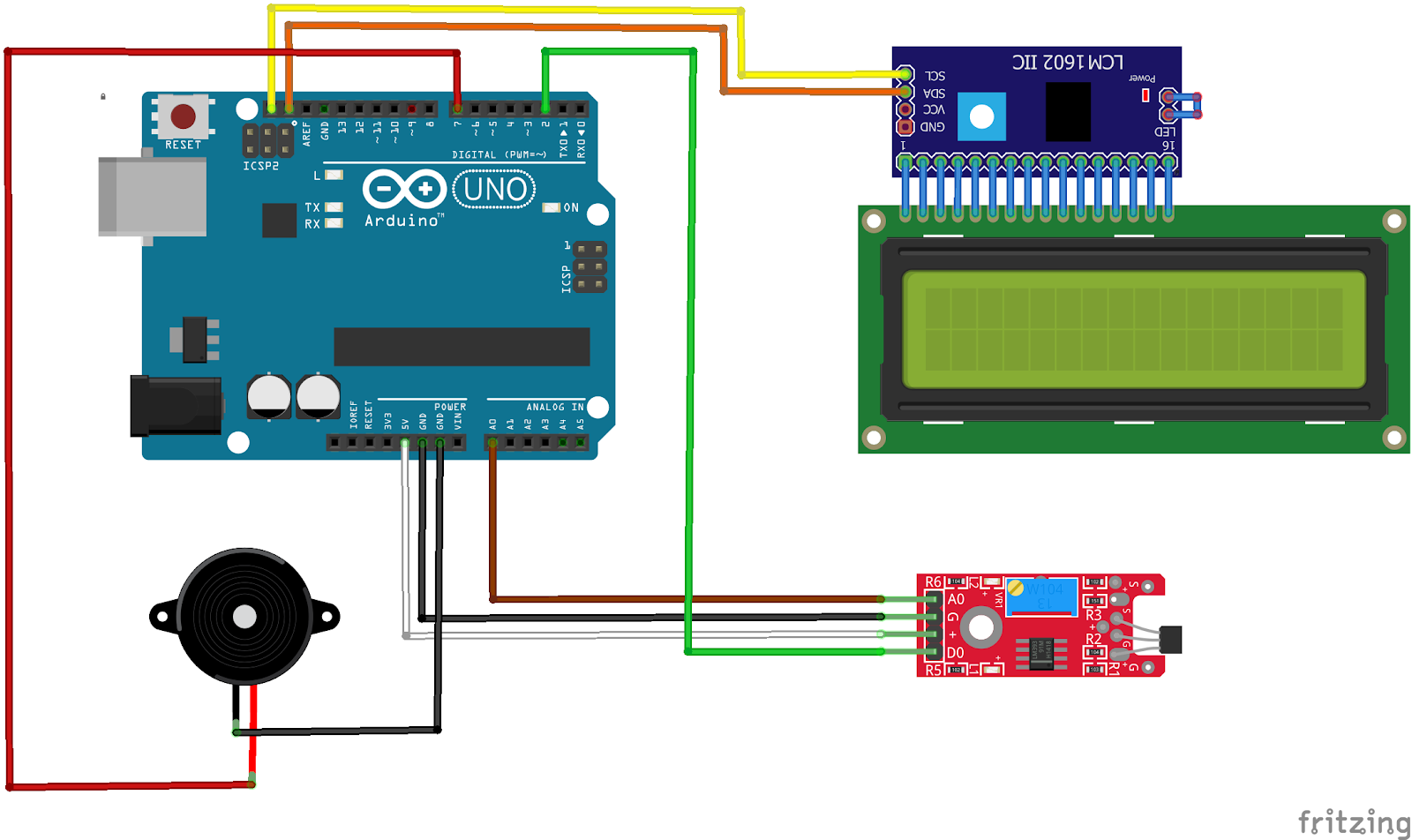 With this circuit, the magnetic field intensity is displayed on the screen and the speaker will beep when a magnetic is detected. I chose to display both microTeslas and milliTeslas for the device to detect multiple type of magnets.

You might need the LiquidCrystal I2C library for this sketch to run.

Here, the D0 pin of the module connects to digital pin 2 of the Arduino. Recall that an interrupt can be attached to this pin. So when the D0 pin goes high, the Arduino can react immediately. The interrupt service routine (named magnetDetected here) is just for turning on the speaker.

I reversed this formula in the sketch to get the actual voltage from the module (A0volts). This value is then used as Voutput in the formula I first presented above:

In the video, you will see the how different magnet types give different tesla values.

I hope you find this article on Arduino magnetic sensor useful. Feel free to drop comments, suggestions and reactions in the comments section below!