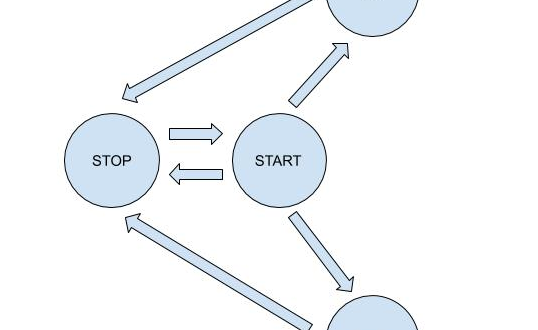 A finite state machine (FSM) is a theoretical machine that only has one action or state at a time. The machine may go from one state to another if there are inputs (or one input) that triggers the state change.

In this article, I will guide you on how to implement an Arduino state machine for your project. Using state machines will not necessarily make your Arduino sketch execute faster; state machines are just models for having well-organized code. Nevertheless, using FSM may reduce both your coding workload and chances of errors. 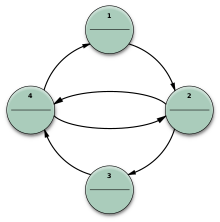 I think it’s best to explain FSM using an example. Let’s say we have a motor connected to an Arduino. A driver to control a motor would be added in the setup as shown: 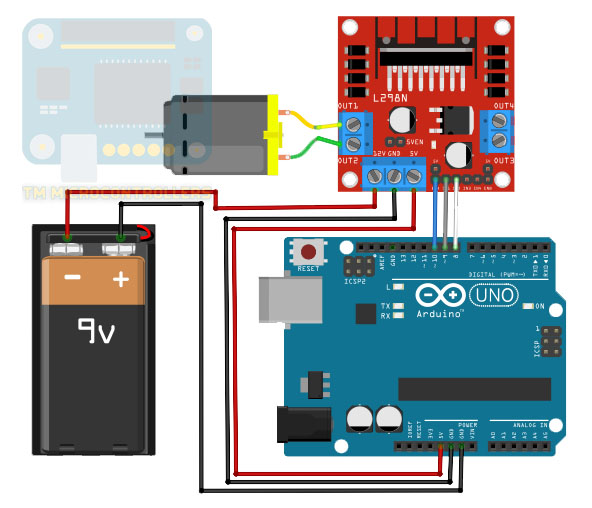 The motor may have four states: start, stop, clockwise, and counterclockwise. The inputs are strings sent by the user through the serial monitor. The strings are “START”, “STOP”, “CW” and “CCW”, corresponding to the each of the states.

The state diagram now is shown below: 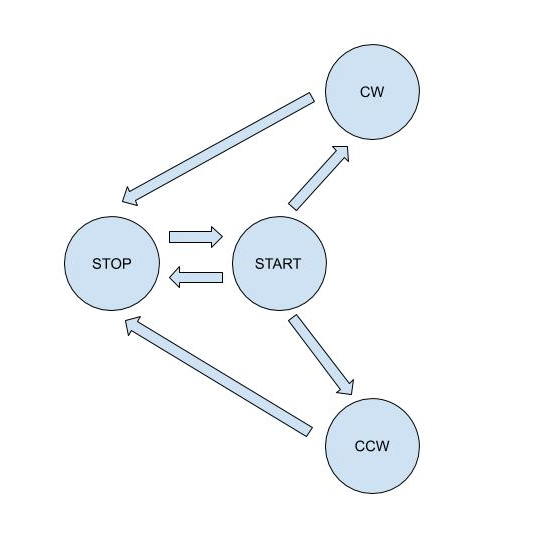 Now that we have a clear list of states and inputs, it’s time to put them in an Arduino sketch. Here we’ll be using the state machine library.

First we include the aforementioned library:

Then we define each state with functions as parameters. The function (which is somewhere in the sketch) executes when the machine is at the given state.

Next, we create a state machine object:

This object may have a parameter that points to the initial state. If we want the motor to stop at startup, this is how we initiate the state machine object:

To start the state machine, we use the update() function. This function could be anywhere but for this example, it’s inside loop() since the machine regularly changes states.

Specifying the next state of the machine is simply:

Here, the name of state can be START, STOP, CW or CCW.

The library also provides other functions such as getting the current state:

This function returns an object of type State.

You can also check if the machine is in a specific state:

The line above will return true if the present state is the START state. Otherwise, it returns false.

Of course for our example, we still need to add the part where Arduino receives input strings from the serial port and how to make the motor do what we want. Let’s have that at the end of this article. 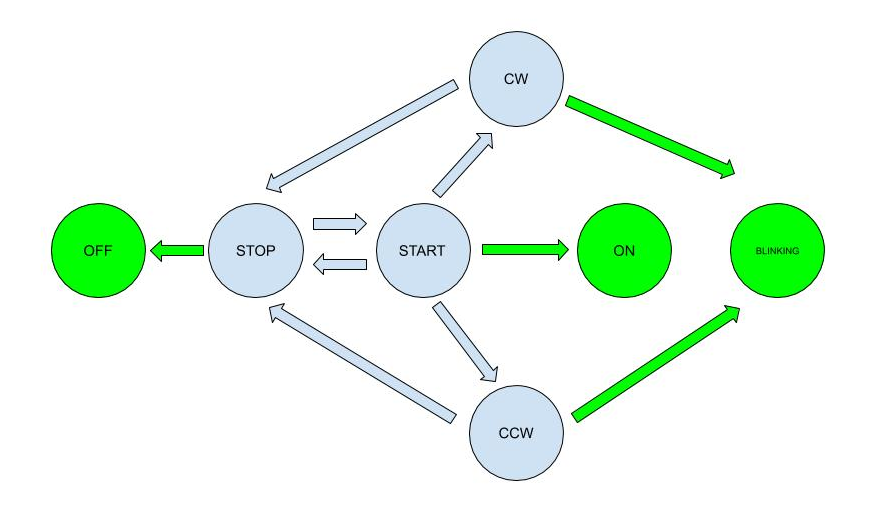 Because of the second object, we now add a second state machine in our sketch. But before that, we define the states of the LED:

Then we initiate the new state machine object:

Here we assign the initial state to be OFF.

The LED only blinks at specific states of the motor, so we modify the function associated with the motor states to include the control of the LED states.

Here we put the transitionTo() function to the motor states where we want the LED to do something. However, the LED blinking state is different since it’s a continuous state. We put that transition inside loop():

Now let’s create a full, working Arduino sketch with state machines. I borrowed parts of the code I did in my L298N article for controlling the motor. I also added a way to receive strings from the serial port.

What this code does is wait for the string inputs from the serial monitor and will proceed to the corresponding state. It only accepts certain inputs depending on the current state of the machine, according to the arrows indicated in the state diagram.

That’s it for creating an Arduino state machine. If you have any questions, suggestions and reactions to this article, please drop a comment below!